On this day, five years ago, following a campaign of street actions, ‘raleighs’ and worldwide stickering, the Dark Arts regime was finally overthrown. Cousins around the globe engaged their I.C.S. [Inner Conceptualising Space] and worked together to achieve the collective ideals of GHAOS and the ‘Reactor Party’: Total GHAOS was realised.

Total GHAOS was a microcosmic society built from scratch, a multi-storey scaffolding utopia (inside an otherwise unassuming—but spacious—light-industrial unit), and absolute replacement for the old world outside (which no longer existed).

Entering Total GHAOS cousins left behind their old identities, timepieces, and mobile phones in order to begin their new lives. As GHAOS Actors [i.e. the audience] they sacrificed their own opinions to become cogs in the GHAOS machine. Hundreds of GHAOS Actors were required to perform simultaneously in order for the system to function, eliminating the last traces of REXist non-participation. 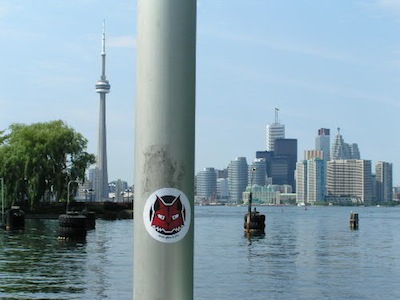 Following an interview and bureaucratic processing, new cousins each received their workpass, badges and Party manifesto. They were then given their first role: perhaps it was the mundane but essential function of ‘unit clock’, counting out—by hand—the units of time that regulated work and play within the microcosm; or maybe their task was to replace the person who had interviewed them—the dynamics of authority becoming suddenly reversed, as they were themselves charged with interrogated newer arrivals (whilst bluffing through their own limited knowledge).

Total GHAOS encompassed hundreds of interlinked roles in its hierarchical system. Cousins could find themselves in the lower levels: working on the potato farm, or drafted into the army. Or perhaps, as a result of hard work in the badge-making factory (making badges for new cousins), they found themselves moving upward, gaining access to higher strata jobs and cultural activities: becoming curator of the Museum of GHAOTIC Artefacts; or a student at the GHAOS Art Institute (KIVPA). For the most committed GHAOS Actors even a seat on the Supreme Council was a possibility. 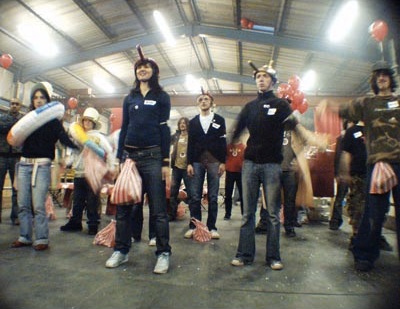 But the dark suspicion of REXist deviance and non-participation was ever present. Taking their cue from the unblinking eyes of the ever-watchful LYNX (totem animal and emblem of the Reactor Party), cousins remained ever vigilant for the influence of Skepticus REX and the dark taint of REXimalism. Nobody was beyond suspicion, and cousins guilty of REXist behaviour risked re-education in the Arkwright Asylum.

Total GHAOS ran for three days, and when it finished it brought an end to the ‘Reactor Party’ and the two-year long—rhizomatically developed—GHAOS project. If you weren’t there, then our apologies cousin, but Total GHAOS was reached without you. 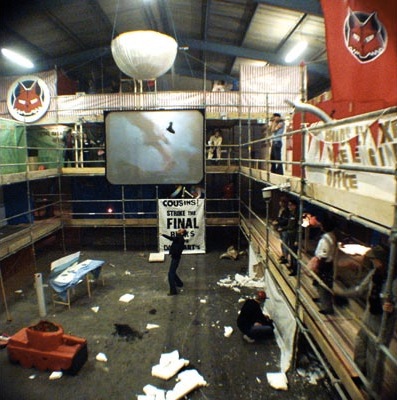 I first worked with Reactor during the ‘Reactor Party’ campaign in the lead up to Total GHAOS. Following my experience working with Reactor on Total GHAOS I joined the group, initially as Secret Member (2005-2006) and then as a core member of the collective from 2006 until my departure at the end of 2009.

For the purposes of historical analysis, the GHAOS project website can be viewed at: www.ghaos.org

Reactor’s more recent and current projects are documented over at: www.reactorweb.com