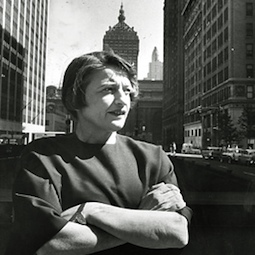 I am in the process of researching the conceptual systems and philosophies of ‘dubious’ thinkers—particularly those who have been successful in spreading their ideas into popular culture. Currently my research is focused on, and is interested in contrasting, the ideas and writings of Ayn Rand (founder of the ‘philosophy’ of Objectivism, through which she claimed to have proved that laissez-faire Capitalism could be the only ‘moral’ political system, and which she promoted through the fictional novels ‘The Fountainhead’ (1943) and ‘Atlas Shrugged’ (1957), both of which were a popular and commercial success) and L. Ron Hubbard (science fiction writer turned founder of the ‘new religious movement’ Scientology, whose conceptual schema—expressed through a prolific and verbose output—have left their mark on the contemporary world, both inside and outside of Scientology). My interest in these figures comes in part from an an interest in personal systems of thinking and action, but in the main from their ability—despite their many shortcomings—to reach out and affect the lives and thinking of ‘everyday people’, rather than having their initial effects only in technical and specialised areas of academia.

I am also interested, in a very simple way, in the way they both made a living through their work. I think this is one area where these research interests clearly intersect with the realm of an ‘art practice’, particularly one which is functional and aims to enact or ‘do something’ in the world, rather than being simply representational.